I’ve got no roots: Instagram is not a photo app anymore

It has been known for a while that video content appeals more to the Instagram algorithm than the usual photo, following the motto: “If you want to create reach faster, use reels!". In our social media news, we give an overvíew of the coming updates.

Earlier in July, head of Instagram Adam Mosseri shared on his Instagram and Twitter accounts that Instagram will not be tied to its roots anymore and won’t be solely a picture-sharing app, but instead will continue to focus on video.

This is a big step, considering that photo-sharing was the beginning of this successful social network. Besides the infamous square pictures, different video formats were already added in the past years. Since then, the question was, which one of them is really useful? In the future, this will change according to the head of Instagram, with new updates for the video cosmos.

Besides Snapchat-inspired Stories, its less successful YouTube brother IGTV and the TikTok-familiar reels, Instagram now wants to combine and change video formats for a better overview. After finally launching insights for the popular reels, users hope that there will be an analytics dashboard with a better presentation of data.

In terms of videos, the direction is clear: more and better! Mosseri says that video networks, such as YouTube and TikTok, are strong competitors, and it is the first time he directly calls out these popular brands. In the future, Instagram will try out new video formats and styles, which will take some time to develop. As a plus, more post suggestions will appear to users while scrolling, to find new Instagram accounts that they haven’t followed yet. It is also likely that users will be able to choose topics by interest. So, it is easier for the algorithm to show the right content, which is a similar system TikTok has.

During a so-called Q&A (Question and Answer) on Mosseris's Instagram account, he said that pictures are still supported and that this feature won’t be removed, since this fear was the biggest point of criticism in the comments under his latest update video. Also, the identity of Instagram will continue to be connecting and entertaining people.

Our tip is to regularly produce and create as many reels as possible for reaching more people. However, do not ditch the usual picture post, because it is something that most of the followers still enjoy. Thus, a mix of both, with more focus on videos, would be a good solution. Due to the upcoming option of choosing topics that users are interested in, a new algorithm is a possibility as well, that supports the new video formats. Because video is a trend that is here to stay! 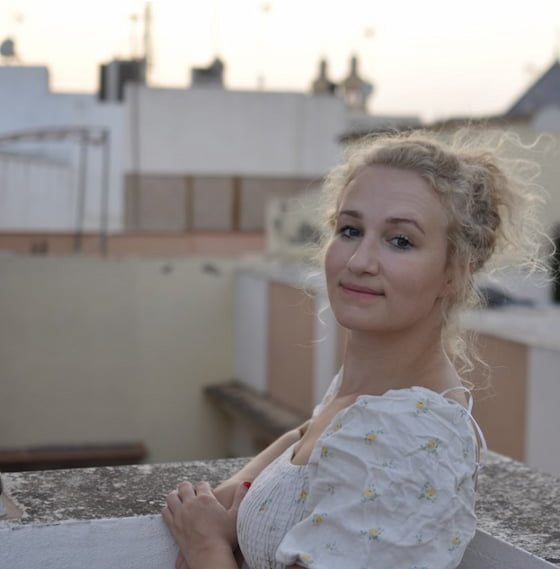 Sandra joined Cocomore in June 2021 as a Corporate Communication Manager. She is part of our Seville Office team and constantly raves about the tapas in her new home country. Besides exploring Spain with her camera, she enjoys learning new languages, discussing movies and TV shows (she studied something with media *cough*), and spends her time cracking the algorithm of Instagram, YouTube, and TikTok.